This is Cookie.  She is my Chihuahua and came to me in April 2012.  She was taken from a home in California because the person observed the abuse she was receiving from the owners and could not take it.  She was shot at by bb guns, abused and forced to live in a cage and not allowed inside the home.  She had so much fear in her head when I met her that she would spin in a circle and pee on herself 😦  I don’t even want to know the rest of what these people did to her.  It just breaks my heart and soul.

Two years later I’m happy to report that with lots of care, patience and love Cookie has come out of her shell.  Her favorite thing in the world is to play fetch with her brother Paco.

Last September (2013) Paco was given to me from a elderly couple in Tucson, Arizona.  He was only a puppy and came from a very good home.  The couple didn’t have the energy for a puppy and realized they were in over their head which is why I adopted Paco from them.  He doesn’t have any pre-disposition to fear like Cookie did.  He has been an amazing buddy for her and now they are attached at the hip and inseparable.  His confidence is very good for Cookie 🙂

I’m sharing this story because it makes me happy to tell. 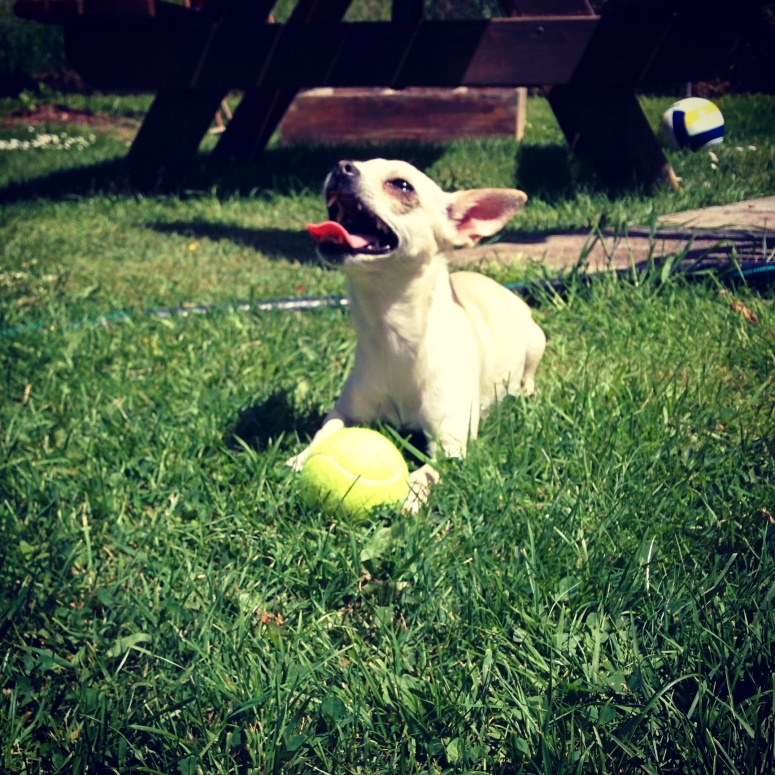 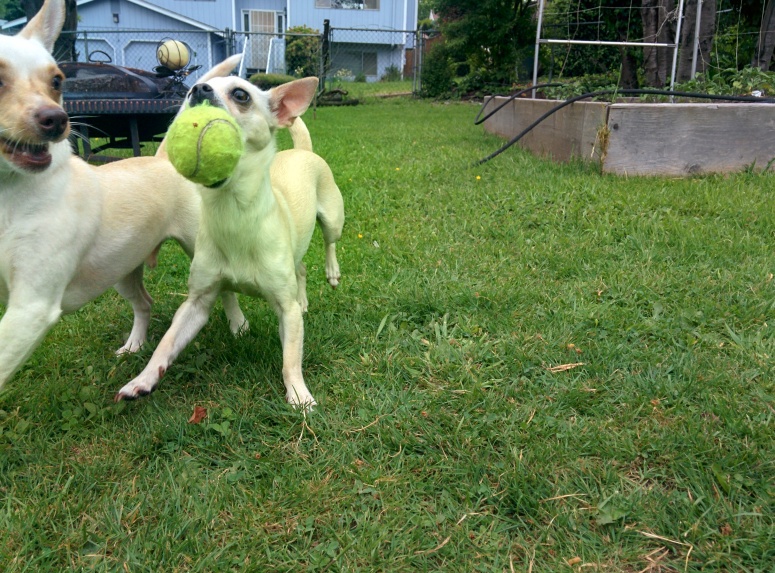 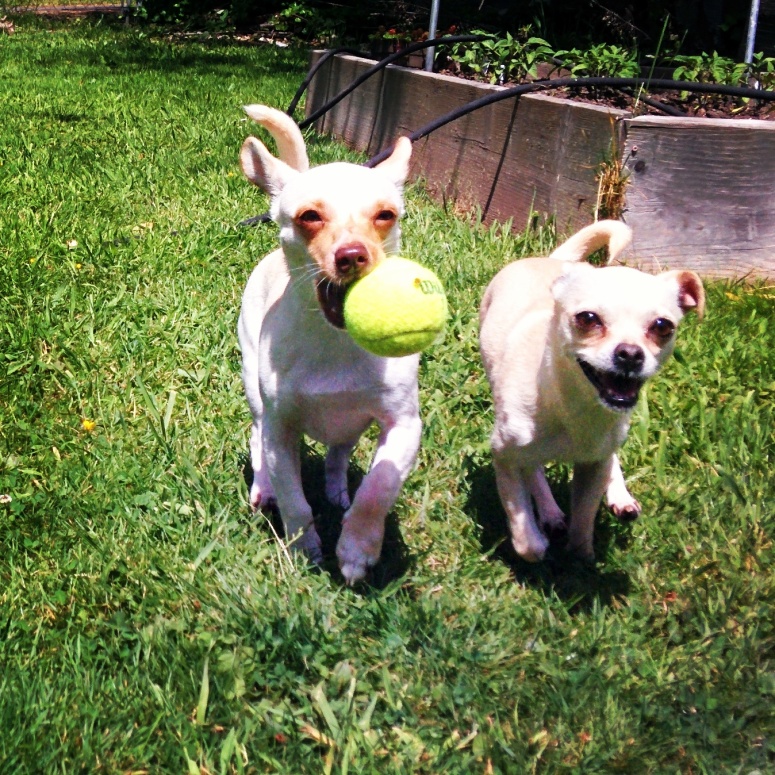 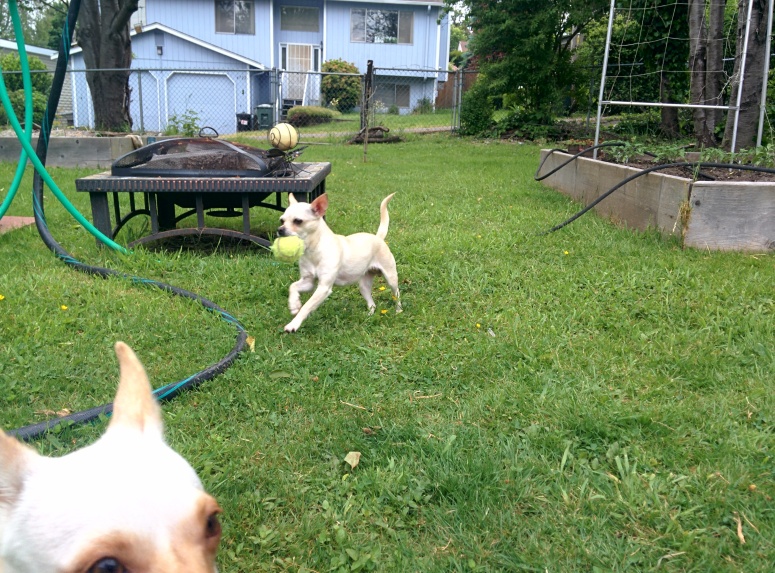 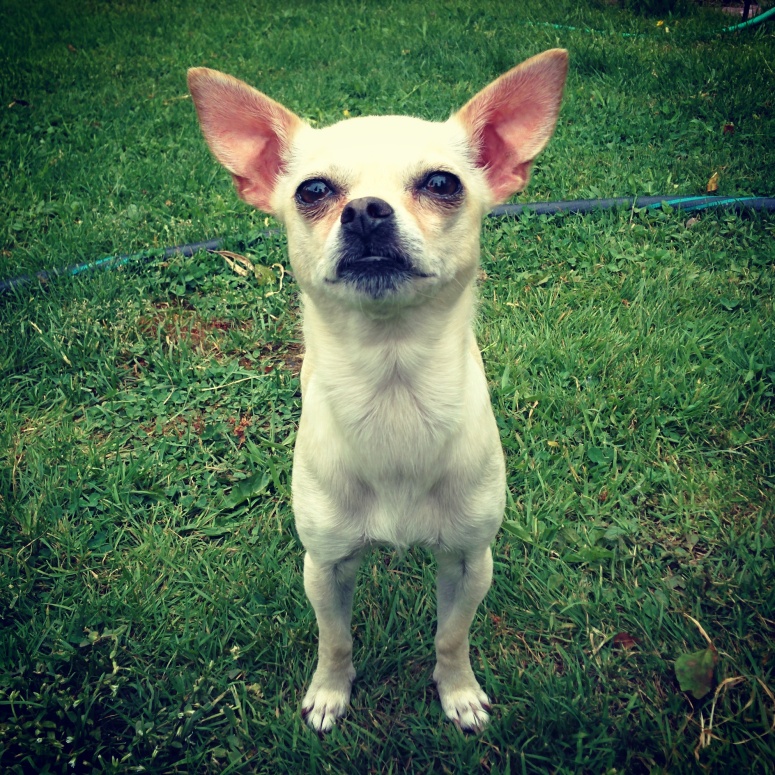 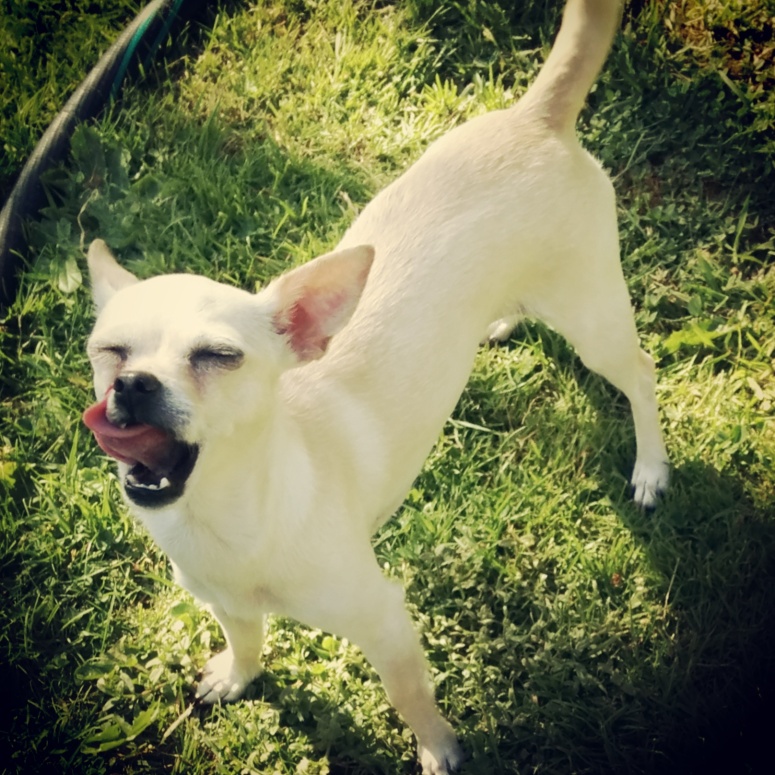 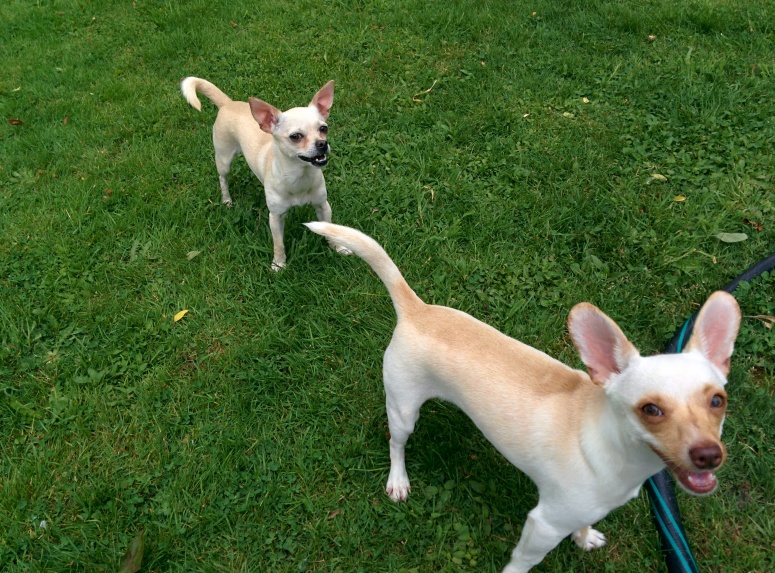 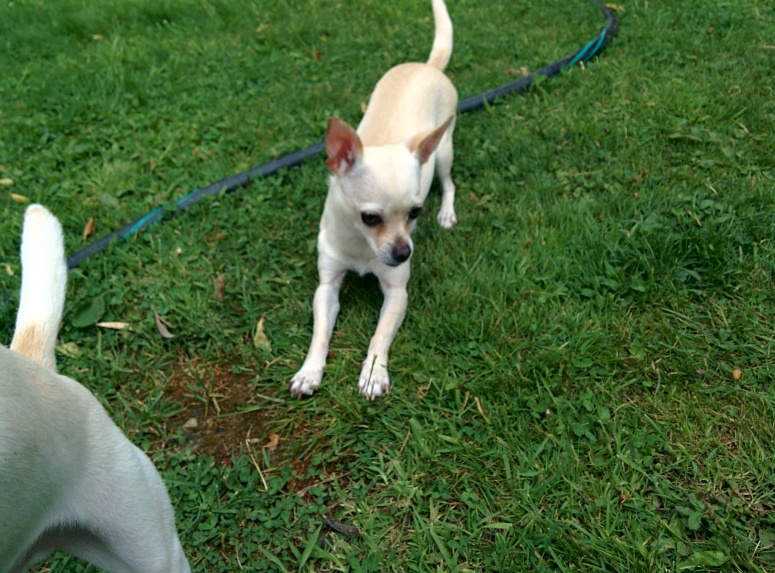 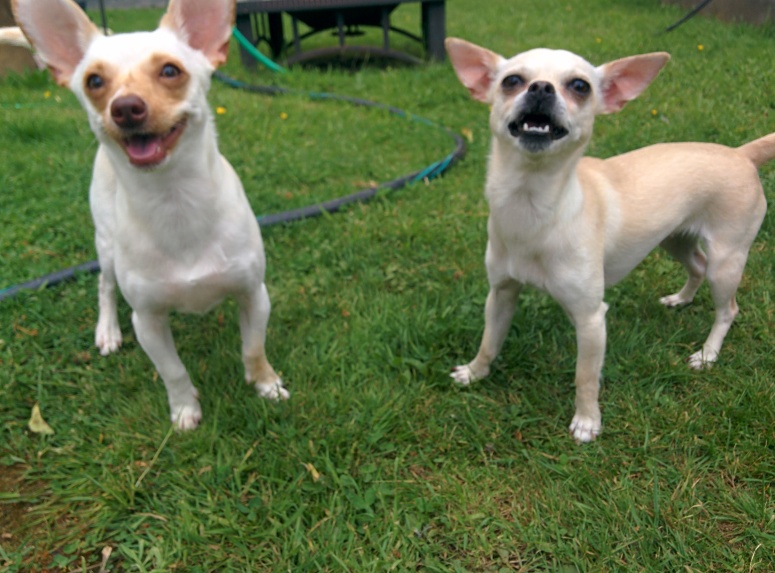 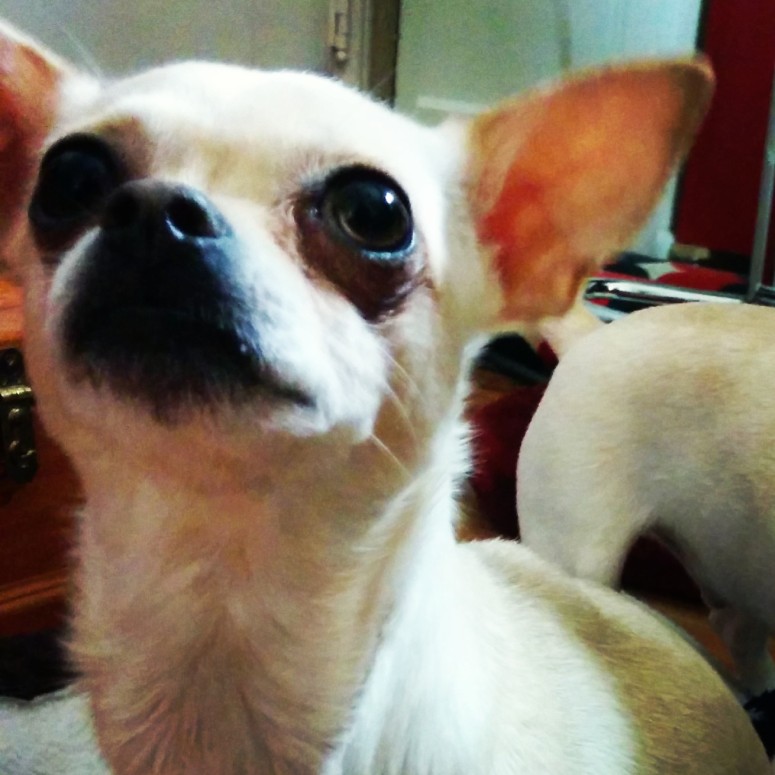 Sometimes I look over at her and she is just staring at me like this 🙂 she loves her Momma. 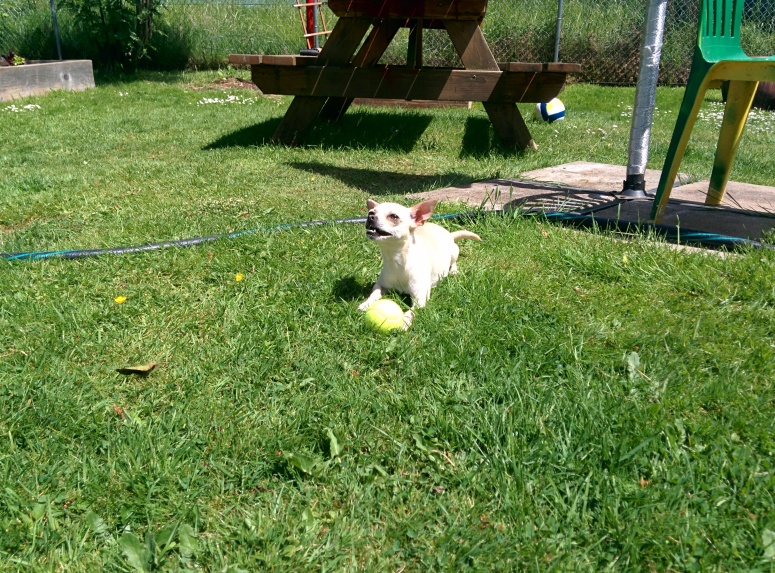 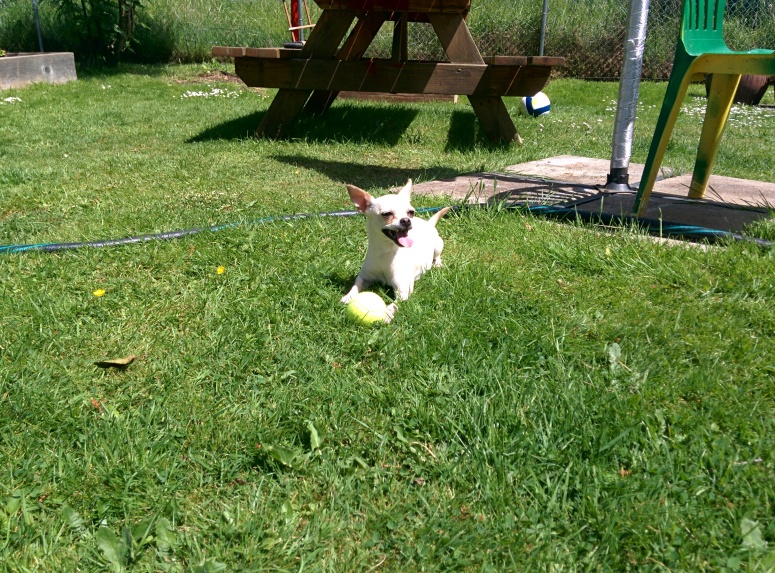 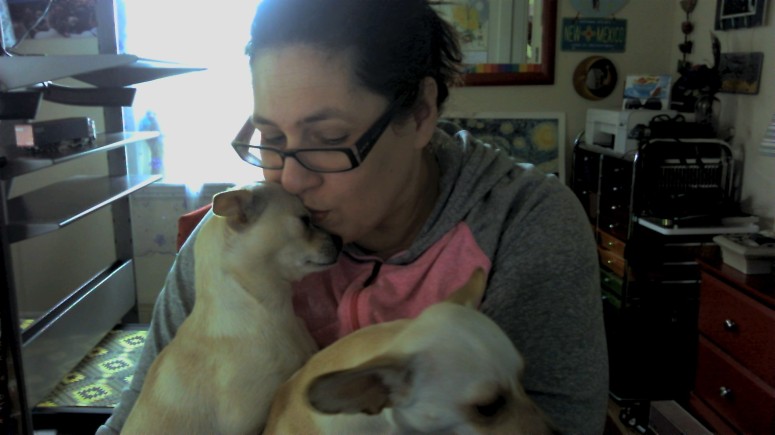 5 thoughts on “My Happy Story”